Home
For individuals For nonprofits For lawyers About us
Log in
RESOURCES  |  December 8, 2020 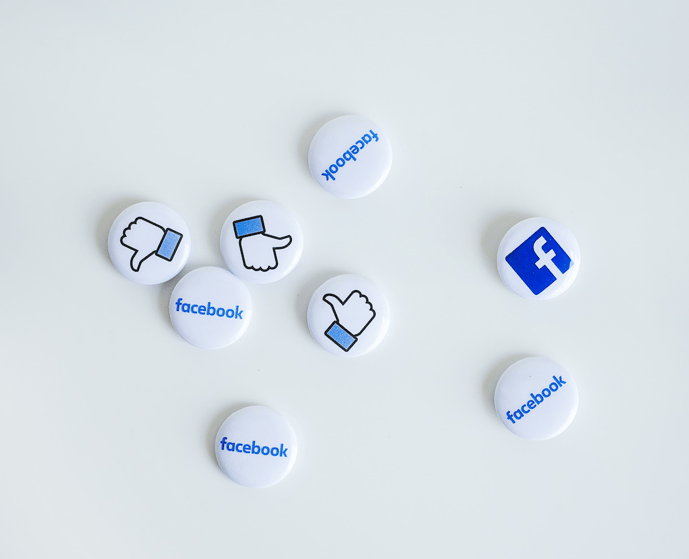 Charitable gifts made in a will, or planned gifts, have a powerful impact on nonprofits. A study by GivingUSA found that 41% of donors first learn about legacy giving through nonprofit marketing efforts. While most marketing outreach has traditionally centered on in-person visits and emails, social media can be an effective way to reach your target donors as well.

80% of adults use some form of social media daily — and they want to give online. This makes social media an important and often overlooked channel for donor education around legacy gifts. With the right social strategy, you can open up your pool of potential planned giving donors and drive more gifts to your organization.

However, for your social ads and posts to work successfully, you’ll need to make it easy for donors to make a will and leave your organization a charitable bequest.

Although there are many different social channels to choose from, Facebook will most likely be your best platform for educating supporters and driving planned gifts. Here’s why:

Here are our top five tips for using Facebook to educate your supporters and acquire new legacy donors:

Boosting your Facebook posts — essentially turning your organic posts into ads — is a powerful way to expand your reach beyond your current followers. To "boost" a Facebook post, you choose a post on your page, select "boost post," and fill in the details for your ad. This includes the budget you want to spend on it, who you want to see it (audience), and how long you want your ad to run (duration).

The most valuable piece of this is that you get to choose your audience based on several variables: location, areas of interest, age, gender, and more — and they do not have to be your current followers. This means that you can create a custom audience for your ideal planned giving prospects, and reach further than just the supporters that already follow you.

When figuring out how to target your posts or campaigns, don’t reinvent the wheel. Use demographic information of donors who have already left planned gifts to your nonprofit. By doing so, you can target ads to donors who:

This ensures that your content is effective and resonates with people most likely to leave your organization a gift in their will.

Boosting gives you placement options as well, including desktop or mobile news feeds, right-side columns, Facebook stories, and Facebook Marketplace. And because Facebook owns Instagram, you can also choose placement in Instagram Stories and desktop or mobile feeds. This allows you to reach users in multiple places via one platform, upping the chance they will engage with your organization and content.

2. Use social proof to engage with potential donors.

When a donor makes a decision to donate, their decision is often influenced by social norms, or whether others have donated as well.

A recent Nielsen study found that 84% of Americans trust recommendations and content from intimate sources such as friends and family. By including stories of other planned giving donors in your Facebook posts, you can use this social proof to entice potential donors.

Video is an extremely effective medium on Facebook, averaging eight billion views a day. If you can, you should try to create Facebook video posts or ads to capture higher engagement rates.

The key is to keep your videos short and sweet. According to SproutSocial, videos that receive the most interaction are between 60 and 90 seconds long. A simple video from your staff outlining your mission or highlighting a legacy donor story is all you need to build social proof, educate donors, and drive traffic to your legacy society page. 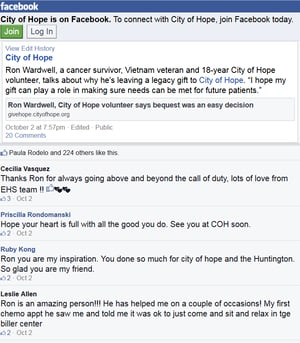 Despite being less likely to make wills at this point, folks between the ages of 18 to 34 are still the largest demographic using Facebook. You’d be remiss to ignore them completely when creating content and ads to educate your supporters.

Although planned giving officers have long focused their efforts and resources on middle-aged and older donors, those aged 18 to 24 are actually far more likely to make a bequest than any other age group. While the value of their gifts tends to be significantly lower than other age groups and the realization of their gifts is far into the future, they clearly want to support causes they care about. For nonprofits, they present a low-cost opportunity to capture interest in giving that will likely spur fundraising growth across your organization, not only in the decades to come, but in the present, as well.

The key to Facebook engagement is getting users to share your content with their networks. Since only 37% of people over age 30 are familiar with the term “planned giving,” it’s important to use language that’s easy for them to understand. Skip the planned giving jargon that your nonprofit throws around internally. Instead, phrase communications around how to make legacy gifts, such as asking supporters to “make a gift in your will” or to “create a legacy” with your organization.

For example, the YMCA of Delaware published the post below on their Facebook page for  National Estate Planning Awareness Week in October.

By eliminating the use of  “bequest” or “planned gift” in this post, they kept the language clear and concise by sticking with “make a will.” In addition, they emphasized how fast and easy it is to make a will online and support the causes you care about. This simple post was direct, effective, and generated three gifts worth more than $47,000.

Beyond securing the future of your organization, securing new planned giving donors can actually bring in larger, and more varied, gifts.

10 tips on how to talk to donors about planned giving

When you do this outreach for your planned giving program, your communications should be thoughtful and informative. Here are ten tips to help you talk to donors about planned giving today.